Many have argued that a meritocratic education system breeds elitism. I do not agree.  Elitism is an inherent element in the character of our Singapore culture.  In fact, meritocracy mitigates elitism by cutting across socio-economic backgrounds and providing more platforms to measure success.

First, I think there is a difference between being ‘elitist’ and the concept of ‘elitism’. Elitism is a status of sorts – to recognize that you are good at something, e.g., an elite sportsman. It is defined by some as the pride in or awareness of being one in an elite group. To be ‘elitist’, however, is an attitude, where one is considered superior by others or by themselves, as measured by intellect, talent, power, wealth or position in society. I believe that most of us are upset over the latter but have confused the two, thinking that they are the same thing.

Being elitist is a state of the mind, and it has been prevalent with or without the meritocratic education system as long as there are bases for comparison among people. Someone once said, “It’s unwise to compare – But it’s human nature.” It is in our nature to compare with others – we judge others and use them as bases of comparison in an instinctive and natural fashion. Thus, it is not something the education system can ‘breed’ as it is innate and we do it with or without meritocracy.

Furthermore, given that meritocracy is justified as an elite group of people whose progress is based on ability, effort and talent instead of endowed-by-birth wealth and class privileges, it can be argued that we are in fact, mitigating the effects of the ‘elitist’ by providing equal opportunities to all, regardless of socio-economic backgrounds. Take the Primary School Leaving Examinations (PSLE) for example, those who score well would get a chance to further their studies in better secondary schools as it is admission by merit. There is the Direct School Admission (DSA) avenue whereby students who have talents in certain academic subjects or other areas such as music or athletics could enroll into their desired secondary school based on their demonstrated ability. By defining more diverse criteria of success for students, our meritocratic education system lessens the need of students to feel accomplished via associations with performances that were narrowly and strongly linked to intellect or social backgrounds. 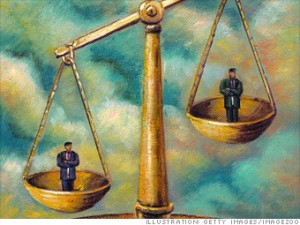